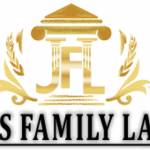 Jos Family Law will assist you with a wide range of services to help you through the legal processes like Child Support, Child Custody, Mediation, Alimony, and More.

When parents are separated and waiting for a divorce to finalize, or they separate to work out marital issues, they need to think about the child's custody during this time. This time period is usually referred to as temporary child custody because the parents are waiting for other things to happen before they can make permanent arrangements.

In a temporary custody agreement, the parents decide who the children will live with and when the other parent will get visitation. To make this process more manageable, parents should create a child custody calendar to figure everything out. A child custody calendar is an outline of the custody and visitation that each parent has with the children.

It's important to lay out the temporary custody arrangement in a schedule so that each parent can see how much time they will have with the children. Since this is temporary custody, the parents only need to plan out for a few months (until they anticipate their final custody hearing if that is going to happen). The parents should make a schedule for the next few months and make some important decisions.

To begin with, the parents need to decide who the children will live with. This is an important decision because generally, the parent who lives with the children during temporary custody gets them in a permanent arrangement. Thus, if parents want a joint custody arrangement, they need to start that now. Parents should be realistic about who can best care for the children. They also need to think about what is best for the kids.

Parents can make multiple custody schedules. They will each need one, and they can give the children a schedule, too (if appropriate). They can also use the schedules to explain the circumstances of the parent's separation. They can reassure the children that they will still see the other parent and that they'll get to be with both parents. This helps the parents use the temporary child custody time as an adjustment to the final custody arrangements.

Do not waste time in the uncertainty of losing custody of your kids or having the least visitation rights by not grasping child custody laws. Consult Mr. Binoye Jos at Jos Family Law for the best advice; Find the right custody arrangement guarantee success with the top Santa Ana divorce attorney. For a free initial consultation, call 1-714~733-7066 today.