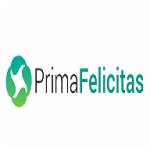 @primafelicitas
Primafelicitas is a full service Web & Mobile Solutions Design and Development, Blockchain Development and Digital Marketing Company. It is a future-forward team with a complete focus on providing bespoke as well as off-the-shelf products and services across the realms of blockchain, crypto, NFTs, DeFi, ICOs, and all that one may possibly think of.
A San Francisco and London based full services Blockchain based Product Development Company. With a team of skilled and experienced professionals, PrimaFelicitas is exploring the realms of various emergent technologies that include Blockchain Technology, IoT, Artificial Intelligence and so on.PrimaFelicitas offers comprehensive assistance to customers, helping them develop their idea and leading them through the path of business development. They have successfully fulfilled many projects across different technologies and have clients across the world.
Based out of San Fransisco, USA, we also have our presence in London, U.K., and Noida, India as well.
Services offered at PrimaFelicitas 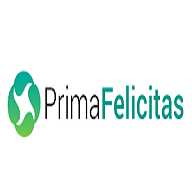 web3 development services
What is Web3?

Web3 refers to the third generation of the World Wide Web, which emphasizes the use of decentralized technologies such as blockchain and smart contracts to create a more decentralized and autonomous internet.

Unlike Web2, which is centered around centralized platforms and services, Web3 aims to give users more control over their data and interactions online. This includes things like peer-to-peer transactions, decentralized apps (dApps), and the use of cryptocurrencies.


What are the benefits of Web3?

Web3, also known as Web 3.0, is the next evolution of the internet that aims to make the internet more decentralized, open, and secure. The benefits of Web3 include:

Decentralization: Web3 is built on decentralized technologies such as blockchain, which means that data and information are stored on a distributed network rather than on centralized servers. This makes the internet more resistant to censorship and control by a single entity.

Interoperability: Web3 technologies are designed to work together seamlessly, allowing for the creation of decentralized applications (dApps) that can interact with each other.

More control of personal data: Web3 technologies allow for more control over personal data, enabling users to own and control their own data, rather than having it controlled by a centralized entity.

What are the top Web3 projects that exist today?

There are many Web3 projects that are currently being developed and used, but some of the most notable ones include:

Ethereum: Ethereum is the second-largest blockchain network by market capitalization and it is the most popular platform for building decentralized applications (dApps).

Bitcoin: Bitcoin is the first and most well-known cryptocurrency, and it is the largest blockchain network by market capitalization.

EOS: EOS is a blockchain platform that is designed for high performance and scalability, it's also known for its fast and free transactions.

TRON: TRON is a blockchain platform that focuses on the entertainment industry, it aims to build a decentralized internet and it's known for its high-speed transactions and low fees.

Cosmos: Cosmos is a network of interconnected blockchain networks that aims to enable interoperability between different blockchains.

Chainlink: Chainlink is a decentralized oracle network, it connects smart contracts to real-world data and events, it is being used by many DeFi projects.

These are just a few examples, there are many other Web3 projects that are being developed and used, each with its own specific focus and use cases.


What are the challenges likely to occur in Web3?

There are several challenges that are likely to occur in the development and adoption of Web3 technology, including:

Scalability: The current infrastructure of blockchain networks is not able to handle a large number of transactions, which can lead to slow transaction processing times and high fees.

Security: As blockchain technology is still relatively new, there is a lack of understanding and knowledge about how to properly secure these systems. This can lead to vulnerabilities and potential attacks on the network.

Usability: The current user experience for interacting with blockchain technology can be difficult and confusing for non-technical users, which can limit adoption.

Regulation: The regulatory environment for blockchain technology is still uncertain in many jurisdictions, which can create challenges for businesses and individuals operating in these areas.

Privacy concerns: The transparency of blockchain technology can make it difficult to maintain privacy, which can be a concern for some users. 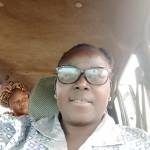